THE DANGER OF A TRANSGENDER IDEOLOGY – THE DAILY SIGNAL. 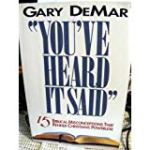 The title speaks for itself.  Truly a worthwhile read.

WHAT JESUS REALLY SAID ABOUT THE END OF THE AGE, EARTHQUAKES, A GREAT TRIBULATION, SIGNS IN THE HEAVENS, AND HIS COMING

And they all lived together in a crooked little house.”

The nursery rhyme “There Was a  Crooked Man” is an appropriate description of how sin affects us and our world.  We live in a crooked world of ideas evaluated by crooked people.  Left to our crooked nature, we can never truly understand what God has planned for us and His world.  God has not left us without a corrective solution.  He has given us a reliable reference point – the Bible – so we can identify the crookedness and straighten it.  Thinking Straight in a Crooked World is designed to identify the bends in the road of ideas and repair  them with biblical straight thinking.

(This is copied from the back cover of : Thinking Straight in a Crooked World by Gary DeMar.)

Parents across the nation will pull their children out of school on April 23 to protest sex education programs that have become steeped in gender ideology due to an agenda forced by pro-abortion and LGBT rights organizations.

The protest is taking off from Charlotte, North Carolina, to nearly a dozen other cities, reports the Washington Times, including Austin and San Antonio, Texas; Spokane, Washington; Sacramento, California; Bloomington, Indiana; and Martinsburg, West Virginia.

Internationally, protests are planned for Vancouver, British Columbia, as well as Mulgrave, Australia.

“Most parents do not know this is taking place in schools,” said one of the protest’s organizers, Elizabeth Johnston – also known as the “Activist Mommy.”

The video speaker is:  Bryce Fraser. 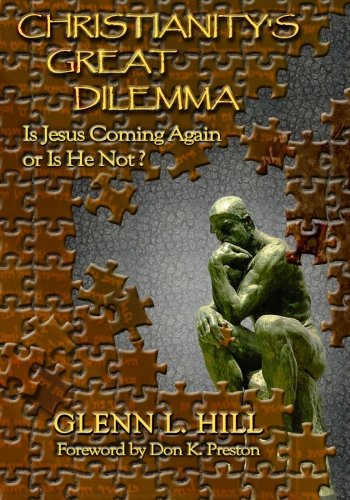